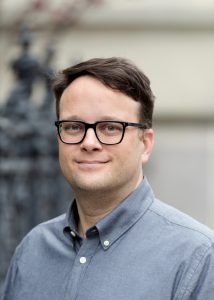 Originally from Maine, Tony Award winning lighting designer Tyler Micoleau lives in Brooklyn. He has designed extensively throughout New York as well as regionally and internationally, for world premiere plays, musicals and operas as well as outdoor spaces and touring pieces.

His work on Broadway includes The Band’s Visit at the Barrymore Theater, Be More Chill at the Lyceum Theater, and the revivals of American Buffalo at Circle In The Square and Into The Woods at the St. James Theater.

Tyler has served on the faculty at Sarah Lawrence College and has been a visiting artist at Dartmouth College, Yale University, Bates College, Rutgers University and his alma matter, Bowdoin College.